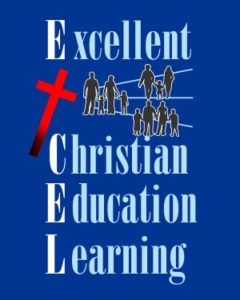 Raising up a generation who know their God, and their purpose!

The ExCEL Center originated in Houston, Texas, in April of 1998, as an afterschool center, after God placed a burden on Mary’s heart for the at-risk students Mary taught, and others she would see in the streets when leaving her work.

No hope, nor purpose, no supervision. They were latch key kids wasting time until their parents got home. Some parents wouldn’t even come home because they had to work 2 – 3 jobs just to survive. Many of the students were being taking care of by older siblings, not even a couple of years older than them. Due to the lack of supervision, some students fell into hands of drugs, alcohol, and gangs. Many of the students would return to school with undone homework, unbathed and often hungry.

Mary was eager to help these students that she asked an apartment manager if she could have an apartment to teach students. The manager leased her out an apartment and that’s how The ExCEL Center began.

Students would come afterschool and do their homework. They would learn about God’s love, His Word and the plan of God for their life.  They also participated in sports, and dance.

Mary would also serve the parents by offering ESL, GED and Bible classes. The center was growing until in 2000, when the Lord moved Mary and her husband to the Dallas area to help a pastor.  God told her if she would sacrifice the center that one day He would resurrect it.

In the meantime, Mary worked as a principal, but always had the center in her heart. Then in 2011, the Lord asked her to resign from her job and begin The ExCEL Center and focus on ministry.

In 2012, Mary moved back to Houston. It was then that God spoke to her again and said, “The ExCEL Center will not only be an afterschool program, but a Christian School.” This was due to the fact that Mary had been very dissatisfied with the public school that her two boys were attending, and her boys not being accepted into two Christian schools.

What is The ExCEL Center?

The ExCEL Center is a Christian school open to all students, with a low a low tuition fee of $365 per year, per student.  God told Mary, “There are 365 days in a year, so you will charge $365, A Dollar A Day, per year. There are many Christian schools, but due to their strict acceptance policy and high tuition fee, parents are often unable to afford the tuition, especially if they are a single parent with multiple children.  The ExCEL Center also relies on partnerships, private donations, and grants to offset the cost.

The ExCEL Center is a place where students receive a high-quality education in a safe Christian environment.  The students learn God’s word, and His plan for their life.

A Note From The Founder and CEO of The ExCEL Center

Having been in education for over 25 years, my heart’s cry has been to help and teach people. I have taught and served in low-income schools and high crime communities where gangs, drugs, violence, and teen-pregnancy were occurring.

Though active in the community, serving on various committees to help combat these social problems, I knew that the only hope and solution to deter these individuals from falling into society’s outcast was to have a personal relationship with JESUS CHRIST.

There are many good programs that help deal with social problems, but they only focus on the symptoms and not the root. Drug abuse, alcoholism, gang activity, teen-pregnancy, homosexuality are symptoms, whereas the root stems from inward problems such as fear, unforgiveness, bitterness, guilt, self-hatred, and past hurts. These roots and wounds are often rooted because of dysfunctional upbringings, sexual, physical, and verbal abuse, rape, incest, and divorce. It is only the love and forgiveness of Jesus Christ that can “heal these broken hearts and bind up their wounds” (Psalm 147:3), so they can then attain success and become stable citizens in society.

My aim is to provide a center where individuals can get educated, learn God’s Word, experience His unconditional love, and provide social activities and extending learning classes that can help them succeed in life.

Your financial support and prayers will enable me to reach our future generation, and help them become all that God has called them to be. 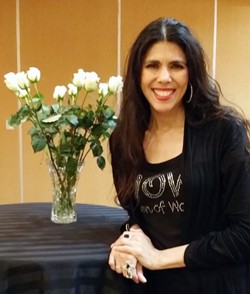 Mary Theresa was born in Houston, Texas on December 18, 1966 and is considered a “miracle baby.” Born with a rare blood disorder, Hereditary Spherocytosis, and given three blood transfusions at birth, doctors sent her mother home and told her that Mary would not live. At home, Mary’s mother fell on her knees and prayed and pleaded with God, “Lord, You gave her to me, and now I give her back to You.” Miraculously, on Christmas day, the doctors called Mary’s mom and told her to come get her “Christmas baby.”

Mary was raised in a church-going home and loved Jesus, but never really knew Him. She would often pray, “Lord, there has to be more to You than just going to church every Sunday and on holidays.” Well, God heard her cry and on November 8, 1986, at the age of 19, Mary gave her life to the Lord at a church service while attending college at the University of Texas at Austin, and has been serving Him ever since.

In 1991, she began teaching and preaching God’s word. She has traveled to Europe, Mexico, and Uganda preaching the Gospel. In 1992, she began and led a Bible study and prayer fellowship group in her apartment in Houston, Texas for four and half years, which she called “Fellowship in Him.” Shortly after God spoke to her and said, “Feed my sheep.” In 1999, she moved to Ennis, Texas, where she was active in the community and ministry serving as the Leader of Ennis City Intercessors. She also attended High Point Church in Arlington, Texas, where she served faithfully.

In 2005, she stepped out in faith and founded “Fellowship in Him” Ministry.  In 2007, Women of Worship “WOW” was birthed, and in 2013, “WOW” expanded its borders to Houston.  Mary also has a Spanish women’s meeting, Mujeres de Propósito (Women of Purpose) and a teen girls’ group, Girls’ Club Fellowship, where she ministers in schools.

Mary can also be heard on the radio, on her weekly broadcast, A Moment with Mary, which airs on KKHT -100.7, the WORD at 5:59 a.m. and 7:29 p.m., and on KODA Sunny 99.1 during the Delilah Show on Fridays between 7:00 – 8:00 pm, in the Houston area. Mary’s passion is worshiping God, teaching His Word and encouraging people. In 2011, she stepped down from her job, as an assistant principal, to obey the voice of God and pursue the call of God on her life. In 2012, she returned home to Houston where she continues to minister and travel. She attends Lakewood Church and helps serve at Church at the Cross. Mary is a member of CWIMA – Christian Women in Media Association. She is a member of Christian Educators Association International (CEAI). She is also a member of Confederación de Ministerios Cristianos (CMC) de Houston and serves on the Alief Independent School District’s Superintendent’s Pastoral Network. Her greatest accomplishment has been raising her two wonderful teen boys, Mathew & Michael.

Thank you for your financial gift to The ExCEL Center

May God Bless You abundantly!